In this scene from the movie Young at Heart, Frank Sinatra sings “Just One of Those Things”

The Frank Sinatra movie Young at Heart is available on DVD from Amazon and Ebay. 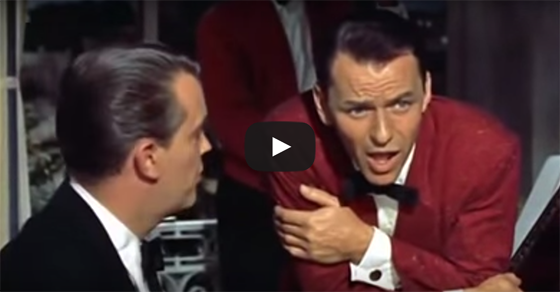 Frank Sinatra sings “Boys and Girls Like You and Me” in this scene originally filmed for his 1949 movie Take Me Out to the Ball Game:

Although this was filmed for the movie Take Me Out to the Ball Game, it was edited out of the final cut of that film because the producers thought the song was too slow.

Watch the original 1965 theatrical trailer for the film “None But the Brave” starring and directed by Frank Sinatra:

This was Sinatra’s first and only time directing a major motion picture. The movie None But the Brave tells the story of a tense stand off between American and Japanese soldiers on a remote Pacific island during World War 2.