Dean Martin aired the first episode of this long-running variety TV show on September 16, 1965. And who better to have as a guest on that first episode than his good friend Frank Sinatra.

The Dean Martin Show would run for 9 years, from 1965 to 1974. Frank Sinatra would appear on the program many times, as would many other classic stars from that era of showbiz. 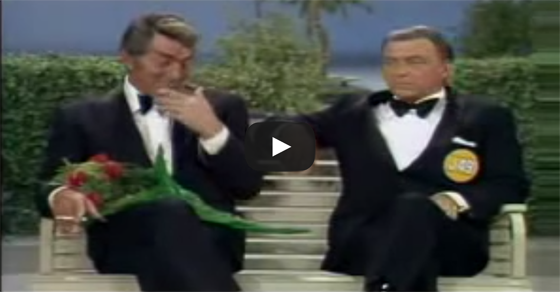