Although the song “One for My Baby (and One More for the Road)” was written for the 1943 movie The Sky’s the Limit where it was performed by Fred Astaire, the song is mostly closely associated with Frank Sinatra. It was recorded no less than six times by Sinatra, and of course performed by him many times on stage. 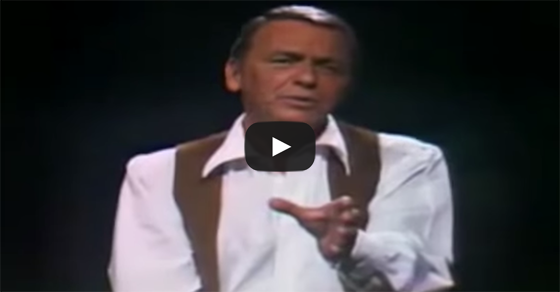